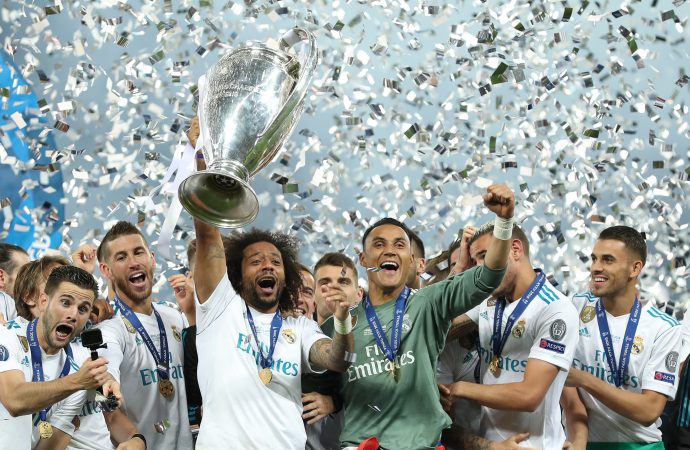 The Sustainability Report has teamed up with prominent actors in the sport and sustainability movement to call for the biggest clubs in European football to take climate action.

Ahead of this weekend’s UEFA Champions League Final, Sport and Sustainability International (SandSI), Positive Impact Events and this publication have written a letter to European Club Association chairman Andrea Agnelli asking the organisation to discuss the UNFCCC’s Sports for Climate Action Framework with its members at its next General Assembly.

The independent body represents some of the most successful and popular football clubs on the continent, including Bayern Munich, Juventus and Manchester City.

UEFA, organiser of the premier club competitions in Europe including the Champions League and Europa League, was one of the first bodies to adopt the framework. FIFA, the International Olympic Committee, the National Basketball Association and New York Yankees are other high profile signatories.

While professional football’s carbon footprint can’t be compared to industries such as manufacturing or aviation, for example, signatories to the letter have said that business as usual from all industries “won’t help us stay within the 1.5°c global target needed to avoid climate catastrophe.”

According to the World Land Trust, the environmental conservation charity that has Sir David Attenborough as a patron, this Saturday’s Champions League Final alone will will generate around 8,693 tonnes of carbon emissions – enough CO² to fill 120,181,248 footballs – as both teams and fans (Liverpool and Tottenham Hotspur) will travel to the final in Madrid from the UK.

Geert Hendriks, the chief executive of SandSI, said that football was “the most common language in the world” and that the European Club Association was “in a unique position to show its leadership” to address the existential issues society is currently facing, such as climate change.

“As millions of young people continue to protest and demand climate action there is an opportunity and obligation for a sport appreciated by all ages and backgrounds to demonstrate responsible leadership,” added Fiona Pelham, chief executive of Positive Impact Events.

Niclas Svenningsen, manager of the UNFCCC’s Global Climate Action team that leads the Sports for Climate Action Framework, also extended an invitation to the United Nations’ Climate Action Summit on 24 September “inviting all stakeholders to set new and ambitious targets on climate action.”

“We need to work together to respond to the urgency of climate change, and we welcome this effort to bring more partners on board,” he added.