Tokyo 2020 medallists to ascend podium made from recycled plastic 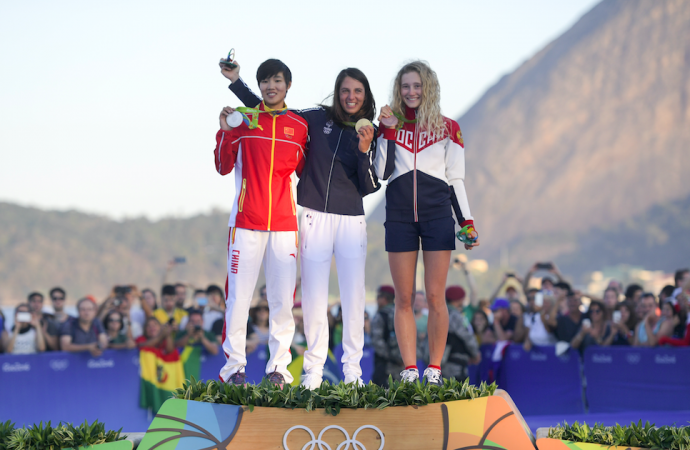 Around 45 tonnes of household plastic waste will be transformed into podiums for the Tokyo 2020 Olympic Games as part of the organising committee’s latest sustainability drive.

From 13 June, members of the Japanese public will be encouraged to donate their waste at 2,000 nationwide retail outlets belonging to AEON, the nation’s large retail chain.

Plastics collected will then be sent to Procter & Gamble – the American multinational responsible for brands like Pampers, Aerial and Gillette – to manufacture the podiums with the waste material, using its “advanced recycling technology”.

The podium will be unveiled in June 2020, just ahead of the Games. Following the flagship event, it will be used for “educational” purposes, “explaining and promoting” the Olympic and Paralympic movements.

Procter & Gamble, which has its own target of producing 100% recyclable or reusable packaging by 2030, has been appointed as a Tokyo 2020 partner company.

Japan generates 9.4 million tonnes of plastic waste per year – a figure the government wants to slash by 25% before 2030. The nation recently passed legislation to ban free plastic bags from stores in a bid to fight marine pollution.

According to the organising committee, the project “highlights Tokyo 2020’s commitment to engage with the whole Japanese nation” and contributes to a number of the UN’s Sustainable Development Goals – responsible consumption and production, underwater life, and partnerships for the goals.

The podium initiative is the latest high-profile recycling project associated with the Tokyo 2020 Olympics Games.

Medals that will be worn by successful athletes on the podiums are being manufactured using precious metals from old electronic devices that are also being donated, including five million mobile phones. And uniforms created for the Japanese Olympic team by apparel partner Asics are being produced using second-hand sportswear.

Timber used for the Olympic Village will also be returned to the local authorities for reuse after being originally donated by “regions from all over the country”.