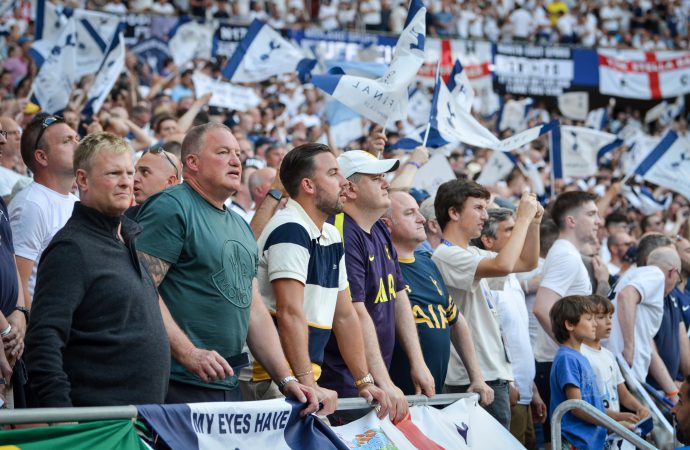 An overwhelming number (86%) of British football fans want Premier League football clubs to remove single-use plastics – such as plastic straws, sachets and cutlery – from their stadium operations, according to a poll by YouGov.

The research, commissioned by environmental campaign group Friends of the Earth, also found that 84% of fans think that clubs playing in the top tier of English football should introduce a reusable cup scheme to limit the amount of single-use plastic they provide.

According to an estimate calculated by Friends of the Earth, more than six million single-use plastic beer cups were used during Premier League matches last season alone.

Now the organisations has partnered with BASIS (the British Association for Sustainable Sport) to call on all 92 football clubs in the English Premier League and Football League to make a number of commitments that would drive this number down.

These include the elimination of all single-use plastic cups for beer and other cold drinks ahead of the 2020/21 season and the permanent introduction of reusable cups.

Manchester City, the Premier League’s current champion, introduced a stadium-wide returnable cup scheme at the end of last month that will remove around 29,000 single-use plastic cups per match on average.

Tottenham Hotspur, which has already eliminated plastic straws, stirrers and cutlery – as well as plastic disposable packaging – since moving into its new stadium earlier this year, will trial reusable cups this Saturday during its match against Crystal Palace.

The North London club was among four teams – including Chelsea, West Ham and Fulham – to test a similar initiative last season.

As part of the ‘Plastic Pledge’ being put forward, Friends of the Earth and BASIS want all clubs to remove non-essential single-use plastic straws, bags, stirrers, sachets and cutlery before the end of the current season (2019/20), and replace them with reusable alternatives.

The organisations also want the clubs to install drinking fountains throughout their home venues so that fans will be able to refill their own reusable bottles.

Justin Kirby, Friends of the Earth plastic campaigner, said the football clubs should be “champions off the pitch” by “giving single-use plastic the boot”.

“Fans want football clubs to take action on plastic,” he added. “We’re encouraged that a number of clubs have already introduced measures on this issue – but we need every Premier League and Football League club to do what it can to get rid of unnecessary single-use plastic.”

As an organisation, the Premier League has been working with Sky Ocean Rescue to help its clubs remove single-use plastic from their supply chains. The partnership has seen the introduction of the Plastic Pollution Challenge, a project tasking primary school students with creating plans to reduce plastic waste in their schools.

The partners are also collaborating on the creation of a campaign encouraging young men – statistically the biggest users of single-use plastics – to change their behaviours.

“Our clubs are already working hard to implement change both internally and externally with suppliers and contractors,” said a Premier League spokesperson. “A number of them have taken part in the reusable cup trial, are exploring the viability of their own reusable cup rollout, or are looking at alternatives to plastic cups and other non-essential plastics. They are approaching sustainability in different ways but are acting to reduce single-use plastics in various areas of their business.”