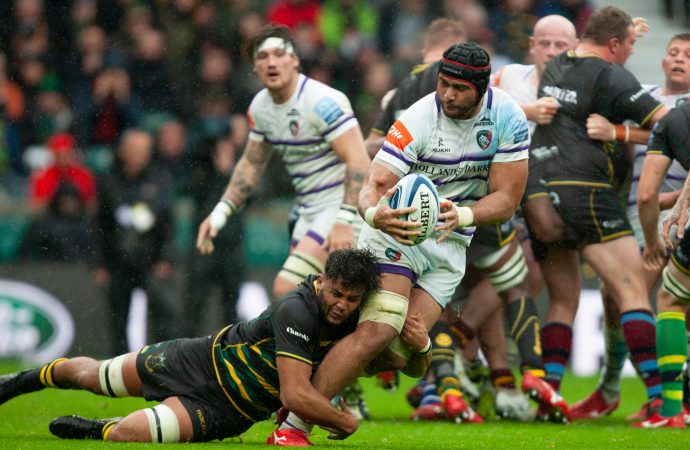 Leicester Tigers to serve beer in reusable Stack-Cup during home games at its Welford Road stadium to avoid up to 18,000 pieces of single-use plastic being used

Premiership rugby club Leicester Tigers has introduced a reusable cup system at its Welford Road stadium to save thousands of pieces of single-use plastic being used every match.

The 10-times winner of the league championship will now serve beer in the reusable Stack-Cup, which will be handed out to fans in exchange for a £1 deposit. If fans want to buy multiple beers, they can bring their existing cup back to the bar and swap for a clean one. At the end of the match, all returned cups will be washed and used again for the next match.

Although fans are permitted to take their cup home as a souvenir, the club is expecting to drastically reduce the 16,000-18,000 single-use plastic pint cups it previously went through during every home game.

Shortly, fans will also be able to purchase Leicester Tigers-branded cups that they will be able to bring to each home game.

The Stack-Cup system has already been integrated into the food and beverage operations at the Kia Oval, the London cricket venue and home of Surrey County Cricket Club, West Ham United’s London Stadium and The O2 Arena.

Alec Brown, fundraising and administration manager at Leicester Tigers, said: “As a club, we are acutely aware that we all need to be conscious of the excessive use of plastic.”

He added that the Stack-Cup initiative was one of a number of sustainability initiatives that had been created by the club, with other projects in pipeline.

The club already produces recycling reports after each home game and has started to label bins around the stadium to help supporters manage their own waste. It’s also working with on-site caterers to make sure all takeaway food packaging is sustainable, while sending all food waste away to be transformed into biomass.

Leicester Tigers’ leadership team is currently looking into the possibility of integrated solar panels with any further ground development to produce its own renewable energy. Making the club carbon neutral is an increasing sustainability priority for the club.