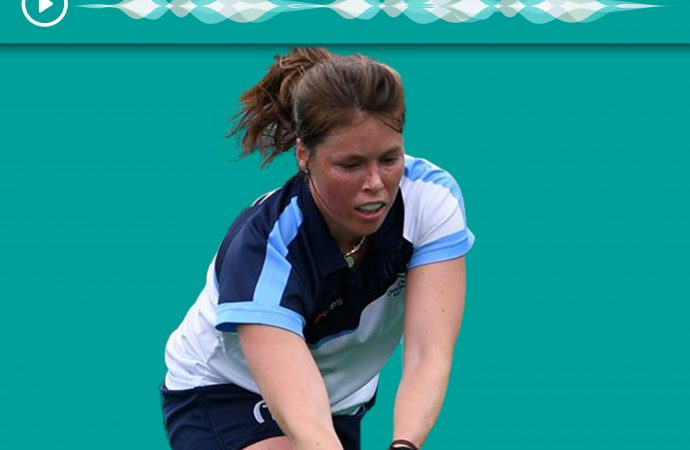 Episode #14 – The member Team GB’s gold medal winning Rio 2016 squad charts her journey from player to sustainability professional, and explains how the athlete mindset is crucial to her new role

Two years ago, The Sustainability Report featured an interview with this week’s guest in which she described her first sustainability gig – voluntarily greening the Women’s Field Hockey World Cup in England.

Since then, Joie Leigh’s career in sustainability has gone from strength to strength. She has successfully transitioned from elite sport to life as a sustainability professional with strategic firm Carbon Intelligence, with a stint implementing sustainability operations at the Netball World Cup in 2019 in between.

During this episode, Leigh discusses her journey from elite hockey player – in which she was part of the successful Team GB women’s field hockey team that won gold at Rio 2016 – to developing sustainability strategies in a number of sectors.

She also talks about jumping in at the deep end and taking on the responsibility for the sustainability operations at the 2018 Women’s Field Hockey World Cup and the 2019 Netball World Cup, both hosted in her home nation of England.

Finally, Leigh explains how the athlete mindset can be adopted to take on sustainability challenges, and how the skills she learnt as a sportsperson helped her transition from the field to the office.

“Although you’re in an office, and the surroundings are very different, you find that the same things are important in terms of working as a team to enable businesses and sectors to become more environmentally aware. Having a team and goal is still prevalent.”